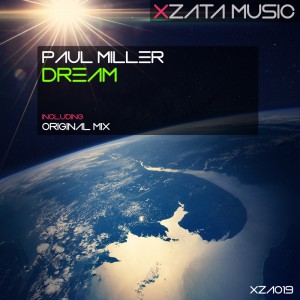 Xzata Music is happy to release another Paul Miller original! The guy has remixed for many of the World’s biggest artists such as Armin Van Buuren, Tiesto and released his music on leading recordlabels such as: Vandit Records, Armada Music, Spinnin' Records, just to name a few.
He again joins Xzata Music with a killer trance production called 'Dream'. Rolling bass lines, massive chord progression, all leading in to a simple yet powerful lead melody. From the break the lead synths and massive chords are building up to a climax!  'Dream' is set to be an exciting single to be play-listed in many sets and radio shows.